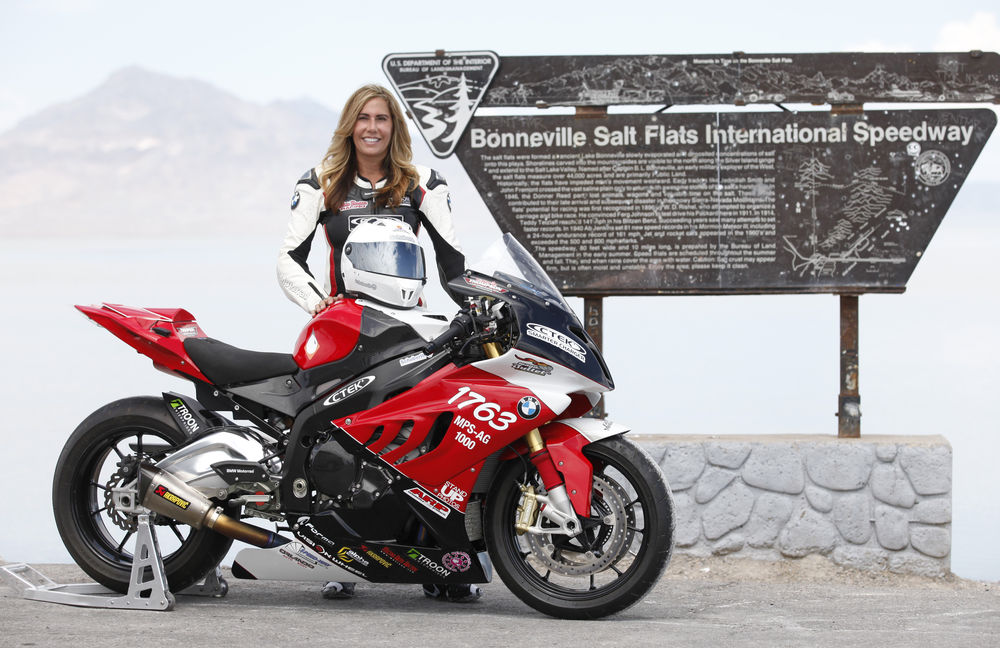 “I’ve dreamed about this since I first started racing. This never would have happened without Denis Manning and team owners, John Jans and Joe Harralson. I can’t thank them and the entire “7” Racing crew members enough for all their hard work during the competition,” said an enthusiastic Thompson.

“Joe Harralson and I couldn’t be happier with these results. Valerie has the talent and drive to be the fastest motorcyclist in the world … period,” says John Jans, team owner of “7” Racing.

“Valerie has quickly adjusted from racing a conventional motorcycle to driving a streamliner with twice the horsepower, she is a natural racer. More importantly, she reached our goal of exceeding 300 mph on the 3-mile short course vs. the 5-mile run-up streamliners normally require to reach top speed,” stated Manning. “Our goal is creating history by making “7” the fastest motorcycle in the world again. Valerie achieved our objective of going faster with less track, I can’t ask for more than that from any driver,” added Manning.